Countdown to the KS2 SATs: Your four-week guide

Experienced school leader and Year 6 teacher James Clements continues his guide to helping your child achieve their very best in the SATs tests.

Week Four: A marathon, not a sprint

" We want children to arrive at the week itself feeling confident and relaxed. They’ve put in the hard work and now it’s time for the race itself. " 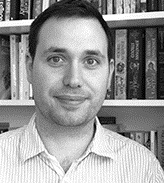 Hello, I’m James Clements. For ten years, I worked as a teacher and deputy head at a successful primary school in West London. For seven of those years I taught Year 6. As well as making sure the children I taught achieved their very best, a big part of my job was working with parents so they could help their children in the final year of primary school. I’m also the parent of two small children.


Like a runner training for a marathon, as the KS2 national tests draw closer it’s a good idea to ease up towards the end. We want children to arrive at the week itself feeling confident and relaxed. They’ve put in the hard work and now it’s time for the race itself. The key messages I would try to share with Year 6 children at this point in the year are:

Acknowledge the progress they’ve made
Spending some time thinking about all the things children can now do is time well spent. It helps children to feel confident before sitting the tests and shows them that with hard work they can improve and learn new things – the key thing we want them to take with them to secondary school.

It’s never too late
The last few days are an opportunity to learn a few final things or become quicker or more efficient at something. Who knows, the elusive answer to 8 x 9 might be the very question that comes up.

Don’t break from routine
It will help if the actual test week is as normal as possible. Don’t rearrange things: if children have piano lessons, or stay for after school football club or spend an evening with Grandma, these things should still happen. It helps to stop the week becoming a big thing, rather than just a few quick tests for children to show what they can do.

Keeping healthy
Encourage children to eat well, drink plenty of water, get some exercise each day and go to bed nice and early. We want children to feel their best for what might well be a busy week.

Don’t dwell on the tests
Once they’re finished, they’re finished and worrying about them won’t change the result. There are lots of reasons why sometimes a test doesn’t go as well as we’d hope; this is where concentrating on the skills and knowledge children need, rather than the tests themselves is a useful way to view things.

Celebrate
Once the tests are over, it’s good to celebrate with a treat. I’d recommend rewarding the hard work and preparation that has gone into the process, rather than just rewarding the results. What we want is for children to value putting effort into their learning.

Now the tests have finished, the learning doesn’t need to stop
Children might want to keep working at an aspect of English or maths ready for secondary school. They might want to learn about a different area of the curriculum altogether – an interesting period of history; a particular skill in art; or an aspect of sport such as mastering that curling free kick. Either way, setting themselves a new learning challenge is a great way of keeping the learning habit going.

Finally, here’s some final tips for managing the tests themselves:

Read the questions
So simple, and yet this can be tricky when time is short and a child is feeling pressured. In a test, this is almost as important as knowing the content itself. If it says tick two boxes, they really do need to tick two boxes to get the mark.

Manage the time
Keeping an eye on the clock is important, especially as there’s a lot to cover. If possible, leaving some time to check through the paper at the end is a good idea too.

Let it go
As a class teacher, I would spend as much time as possible reminding children that if they can’t answer a question, they should let it go and move on to the next one. There might be a question they’ll find easier later on in the test. They can come back to any tricky ones at the end, if there’s time. To help us remember this, we would use a well-known song featuring these lyrics. I know that the Year 6 boys particularly enjoyed these sing-alongs.

Finally, all that remains is to wish you the very best of luck. Let’s hope the right questions come up and everyone is feeling well on the day. If children have to sit the national tests, we want the children we care about to do well. We want them to feel good about themselves, knowing they’ve given it their best shot. What constitutes ‘doing well’ will be different for every child, but seeing the link between trying hard at something and achievement is one of the most important lessons that every child can take from primary school.